Pei’s designs represent and expand on the International Style closely related to modern architecture. Pei was noted for his bold and skilful arrangements of geometric shapes, irregular silhouettes, and richly contrasting materials, spaces and surfaces.

Even though Pei retired in 1990, he continued to design structures like the Museum of Islamic Art in Doha, Qatar, which extended his style into Islamic architecture. 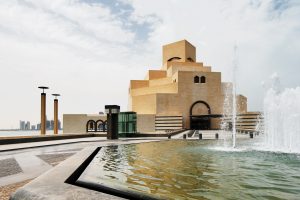 Pei also designed the Louvre Pyramid in Paris, the Bank of China Tower in Hong Kong and the East Building of the National Gallery of Art in Washington, D.C. Additionally, his portfolio includes university buildings, libraries, civic centres and arts facilities.

I want to bring out the best in a community and contribute something of permanent value.
– I.M Pei 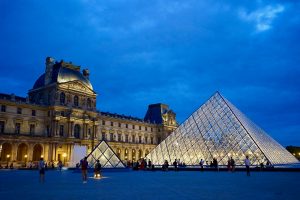 The Louvre Pyramid was completed in 1989, it has become a landmark of the city of Paris.

Upon receiving his Pritzker Prize in 1983, the jury citation commended him for giving the century some of its “most beautiful interior spaces and exterior forms”.

Architecture is the very mirror of life. You only have to cast your eyes on buildings to feel the presence of the past, the spirit of a place; they are the reflection of society.
– I.M Pei

I.M Pei’s subsequent honours and awards include the Presidential Medal of Freedom (1993), the Japan Art Association’s Praemium Imperial prize (1989), a lifetime achievement award from the Cooper-Hewitt Museum (2003), and the Royal Gold Medal, awarded by the Royal Institute of British Architects (2010). 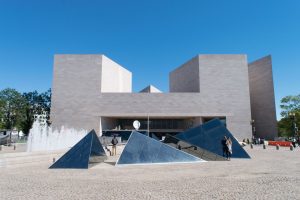 East Building of the National Gallery of Art, D.C. Washington.

Learn more about the Bank of China Tower.