Born in 1945, Jean Nouvel is a French architect who studied at the École des Beaux-Arts in Paris. He is known for being a founding member of the Mars 1976 movement, which opposed corporatism in architecture, and the ‘Syndicat de l’Architecture’. This was a labour union for French architects.

Nouvel began his career in architecture by working as an assistant to architects Paul Virilio and Claude Parent. After only one year, the pair promoted him to project manager and placed him in charge of constructing a large apartment complex. 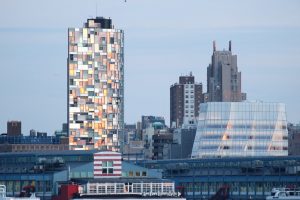 Nouvel does not call upon style or ideology in his planning. Instead, he takes a contextual approach to design and considers the individual needs of the people and landscapes impacted by each project. His works are recognised for transforming and defining the environments in which they are built.

It is not possible to design always the same. How to be different in each different place – that is the most important work and duty of the architect to find out.
– Jean Nouvel 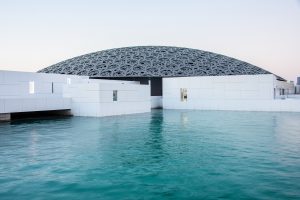 The Louvre Abu Dhabi is an art and civilisation museum.

Over the course of his career, Nouvel has attained a number of prestigious distinctions, including the Aga Khan Award for Architecture, the 2008 Pritzker Prize, and the 2005 Wolf Prize in Arts.

His notable works include the Arab World Institute in Paris, France; the Culture and Convention Centre in Lucerne, Switzerland; and the Le Nouvel Residences in Kuala Lumpur.

We shape our buildings thereafter they shape us.
– Jean Nouvel 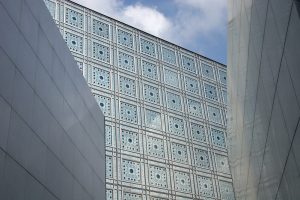 The Arab World Institute was built in 1980.