John Wardle is an Australian architect. He studied at the Royal Melbourne Institute of Technology, which is commonly known as RMIT, and graduated with a degree in Architecture. He set up his own architecture firm in the 1980s and later went on to teach at the University of South Australia.

His firm, John Wardle Architects, has since gone on to design a number of notable buildings and has partly specialised in the creation of university and academic buildings. In 2018, it commenced work on the West Park Campus of the University of Tasmania, working alongside firms like Philp Lighton Architects. 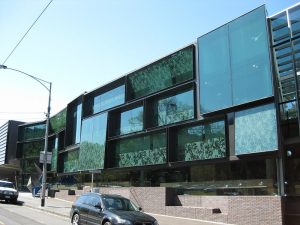 The building is known for having several entrances, many of which integrate seamlessly with their surroundings. The firm has also worked on projects like The Learning and Teaching building at Monash University in Clayton. 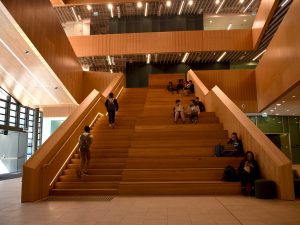 Wardle is known for drawing inspiration from traditional crafts like carpentry.

We often try to bring outside references such as manufacturing, craftsmanship, and art into the design conversation.

The staff at his firm pay visits to farms and other traditional environments in order to develop this side of the practice. Wardle is also known for designing without using traditional scale tools.

Did you know he also designed the Tanderrum Bridge in Melbourne? Check it out here.