Health issues due to sedentary routines are arguably just as damaging as those due to a lack of urban ecology or access to outdoor spaces.

As Victoria finds its feet again, the wellbeing of Melburnians has never been more essential. We already knew our physical health was important, but how is it connected to our city’s urban design?

A healthy city is an active city. Rather than just telling people to go to the gym or for a run, there’s a growing body of research that suggest urban design strategies can encourage regular physical activity and improve health.

Cities are renewing attention to mental health and physical needs of its population. They are continually re-inventing opportunities in built up and social environments to improve how we live and operate in them.

Elderly populations in Japanese cities are healthier and it’s no coincidence that they also happen to have highly developed public transport systems that encourage walking more.

Creating chances for exercise in daily life routines can assist in controlling costly epidemics, such as those related to obesity. Methods that promote outdoor recreation over reality-television, walking or biking over driving, and stair over elevator use will also contribute to environmental sustainability. 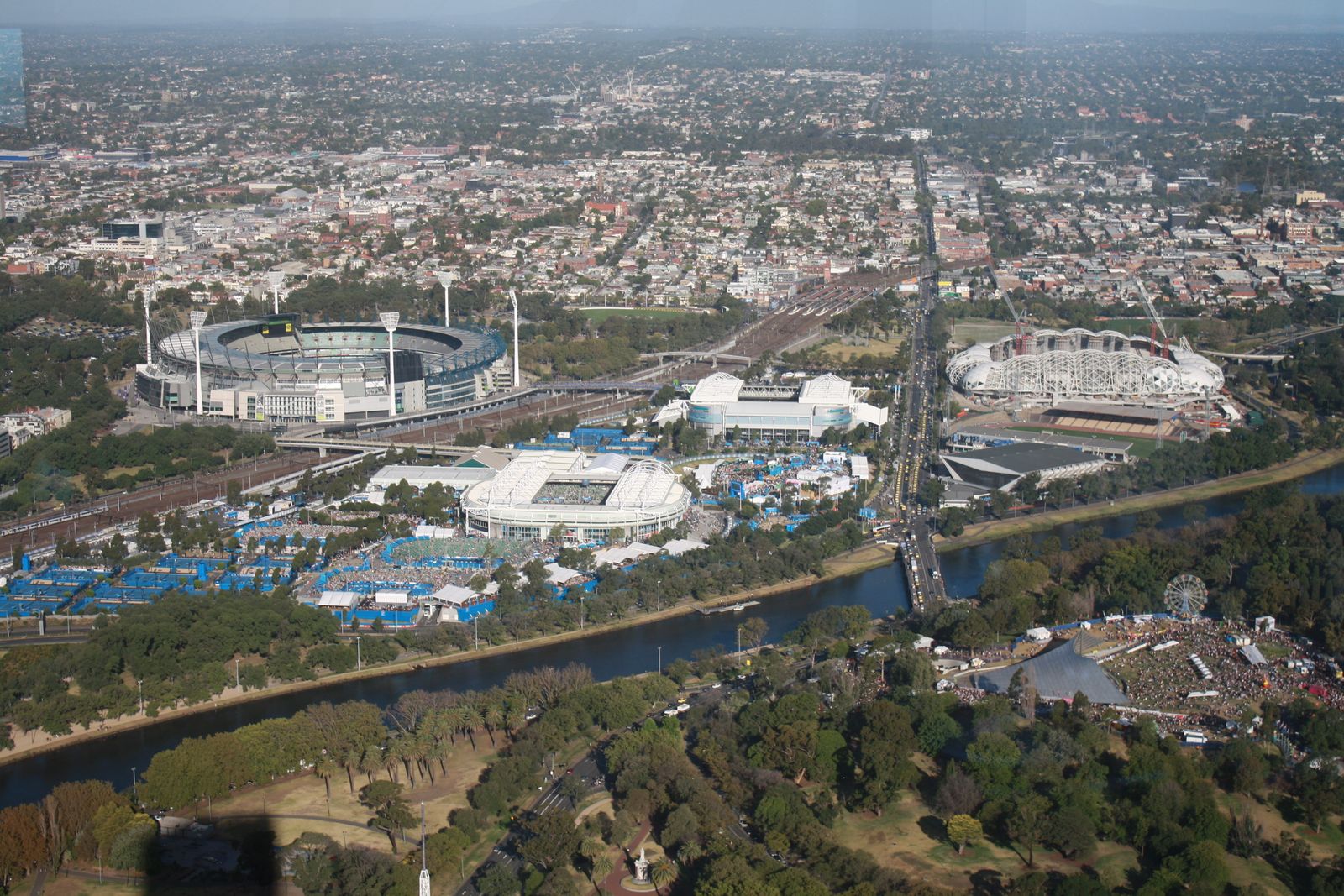 Active design was first adopted by New York City in the early 2000’s, in an attempt to slow the rapid rise of obesity and diabetes.

Recognising that physical inactivity is a significant factor in decreased life spans, the Active Design Guidelines were launched in 2010 in collaboration with a dozen of New York City’s agencies. These guidelines have since become monumental for how other countries across the globe fight to reverse the downward spiral of physical activity.

Scandinavian countries such as Sweden and Norway were among the first to follow New York, with Helsingborg extending and upgrading the key city promenades in a commitment to create pedestrian-friendly environments. Focusing on alternative modes of transport to driving has also seen the city of Sandnes in Norway increase cycling traffic by 10%. This now represents 12% of the overall road traffic in warmer seasons since the introduction of 70km of cycle lanes, 400 bike stands and free city bike use.

Read about how Milan and New York plan to increase their pedestrian space for life after lockdown.

Physical activity is also proven to improve concentration and lead to better academic outcomes. In Finland, children had higher activity levels and were generally known to be happier than those from other countries.

“If 60% of populations exercised for 150 minutes a week, that makes you one of healthiest places in the world. If you build it right, it becomes easy.” – Jason Harborow, Managing Director of Sport for Saudi Arabia’s $500 billion dollar mega-city NEOM.

So it seems that to be the healthiest place in the world, you actually don’t need to do too much. 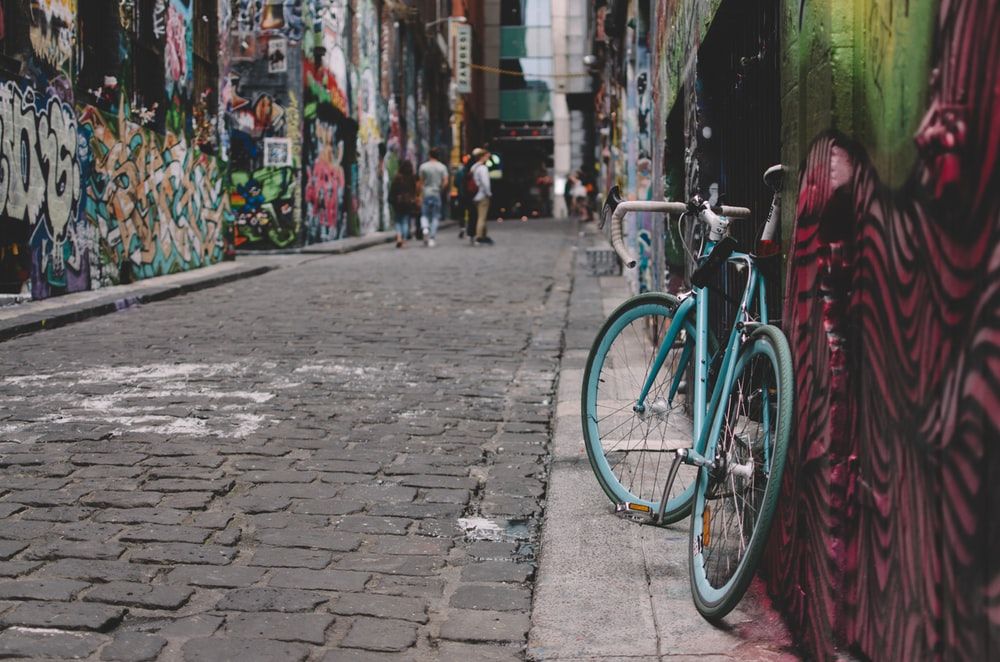 Melbourne’s laneways and bikes are limited to the inner city.

Creating an active city is easier for those starting from scratch, but it’s not a long shot, given Melbourne has already worked furiously to fast-track some big changes to its urban design.

To cater for pre pandemic projections of 1.4 million commuters in its CBD by 2036, multiple ideas to promote less cars and more bike riding and walking were floated. More recently, in response to people embracing bicycle riding and walking as a way to maintain social distancing, cycling numbers reached record high levels and road traffic fell by 88 per cent. Car parks made way for footpaths and 12 kilometres of pop-up bike lanes were built.

Though we’re not out of the woods yet due to COVID, we can’t academically dissect key learnings, City of Melbourne is already following the lead of cities such as Berlin and Milan with longer term changes. 40 kilometres of protected bike lanes made from recycled materials are being installed in Carlton and East Melbourne, as part of a two stage, $16 million-dollar investment.

“By fast-tracking the delivery of bike lanes on key routes, we’re creating streets that people can feel confident riding along, which in turn will free up space on our roads, buses, trams and trains.” Lord Mayor Sally Capp.

The objective to get more people moving is also strengthened by the 10-year Skate Melbourne Plan. It encourages the adoption of physical activity as a sustainable method of transport, whilst enlivening public spaces and catering to other recreational pursuits like free running, parkour or breakdancing. 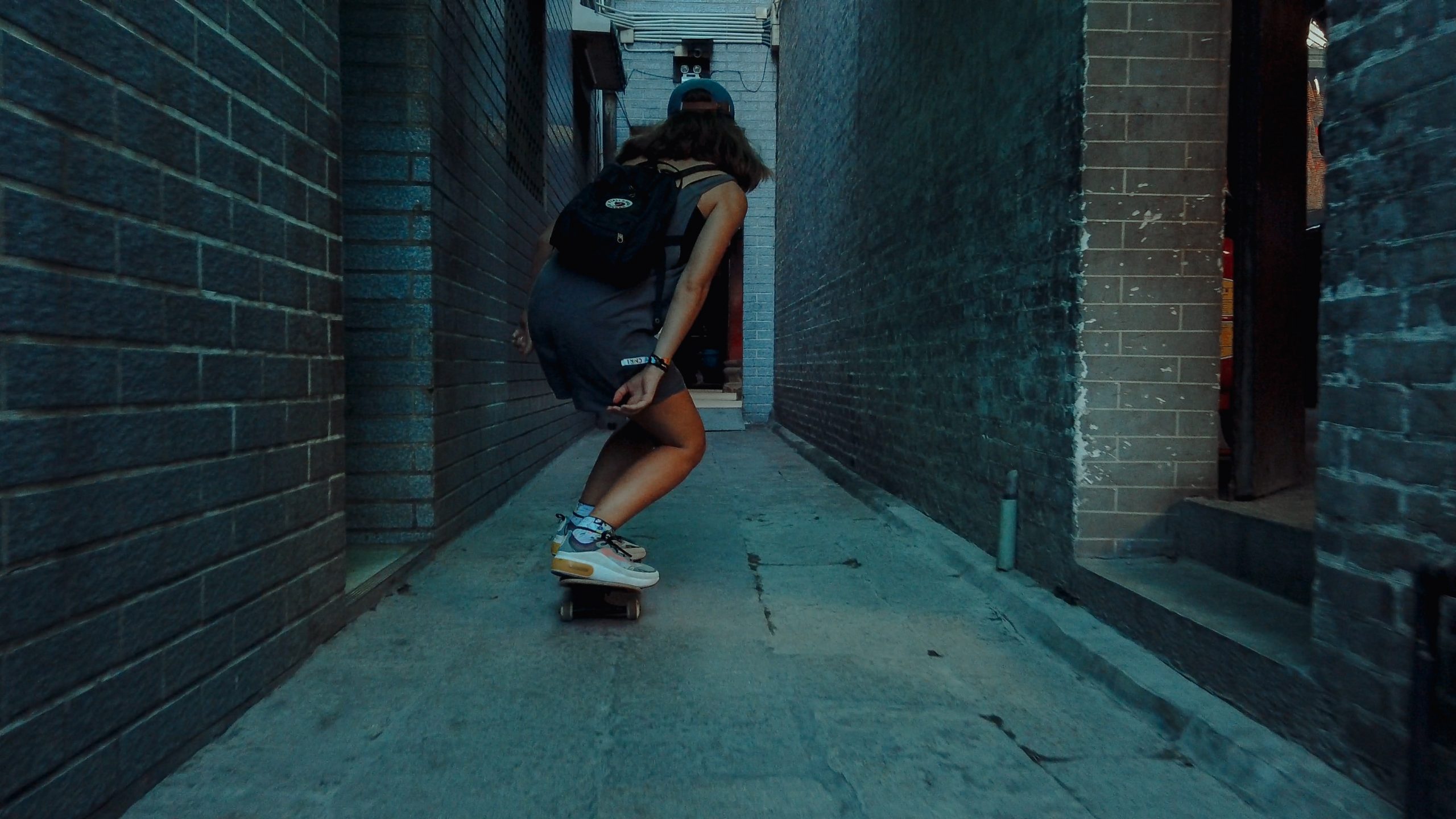 The City of Melbourne supports skating as a sustainable way to get around, stay healthy, happy and connect with others. Photo: Photo by Tony Pham on Unsplash.

Can Melbourne be a world leader?

Although Melbourne’s wider transport system and its environment will benefit from initiatives by the City of Melbourne, we do need to consider the vast majority of Melburnians live in our suburbs. And compared to the walkable havens in compact European cities, our suburbs simply don’t stack up.

Melbourne’s suburbs benefit from high quality sporting infrastructure ranging from newly built aquatic centres and ex VFL ovals, to numerous local basketball, netball, hockey, rowing and cricket clubs, but these are vastly underused and in most cases inaccessible to those with reduced mobility or choosing to walk or ride.

There’s no shortage of outdoor walking or cycling trails either. Suburban councils, such as an alliance of councils in the East are talking about linking these with each other to form more integrated trails, but they still lack any vision on combing this infrastructure with our daily lives. And when inner city councils such as the City of Moreland get bolder with things like car parking strategies, they almost instantly get ridiculed.

There’s no blueprint for dealing with the impacts that lockdown had, but perhaps this epidemic will serve as a compelling wake-up call for integration of the active lifestyles our suburbs desperately need.

Words by Georgia Wilson for blueprint.