Rome wasn’t built in a day, and it certainly wasn’t designed to have 1.8 million cars on its roads.

Most of the world’s cities were not designed to cope with modern transport demands. As of 2008, more people are living in urban areas than regional for the first time in history and by 2050 urban populations are expected to make up 70% of the world’s total.

Melbourne’s central city grid was drafted in 1837. This was without the expectation that it would house over 4.5 million people and 3.1 million cars.

On one hand, Melbourne has immense diversity, culture and prosperity. It consistently ranks among the most liveable cities in the world. However, with a little over 75% of the state of Victoria’s total population now living in metropolitan Melbourne, the average daily commute into the city is now 65 minutes. An estimated 85,000 cars are added to its roads every year, so this isn’t getting better anytime soon.

This is about more than liveability rankings, raised blood pressures and two-fingered salutes. Estimates show traffic congestion costs the Melbourne economy over $4.6 billion per year.

The age-old strategy to combat congestion is to spend more on transport infrastructure. Australia spent an unprecedented $30 billion in 2018-19 on public infrastructure. Melbourne’s diverse transport spending has plenty to celebrate with proposals to usher people off the road and onto less space-intensive transport being considered daily. Major tram lines are being improved with accessible stops, level crossings are being removed and a whole new Metro Tunnel is being built.

Australians have a deep attachment to cars, even if it means sitting in traffic. So there is just as much, if not more money being spent on road projects such as the North East Link. Don’t get me wrong, infrastructure spending is needed as it will improve daily life (or at least until induced demand sees us bumper to bumper again).

However, to seriously ease traffic congestion, it might be time to put down the tools and pick up the pen. A strategy that has been successfully implemented globally is congestion (cordon) pricing. 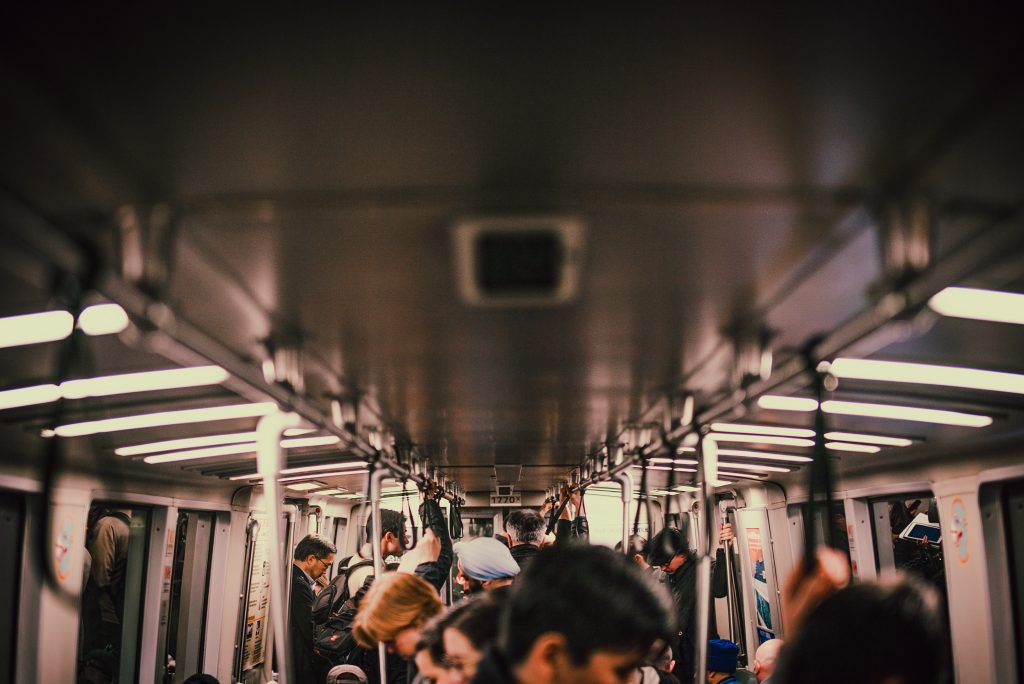 Photo by Corey Agopian on Unsplash

What is congestion (cordon) pricing?

As global populations continue to rise, policymakers are challenged with finding sustainable strategies to keep its residents moving. There are many variations of the concept of congestion pricing. In essence, it charges users for causing congestion.

As we move to a more sustainable future, taxing environmental harm may become the norm. Congestion charging exists not only to respond to climate change by encouraging reducing emissions from the engine, but also to address the physical presence of a car which takes up precious space that could be used by buses, trams, pedestrians and cyclists.

Recent proposals by the Grattan Institute have suggested implementing a congestion (cordon) charge in Melbourne. They have looked at a fee of $5 to enter the most congested parts of inner Melbourne. This cost would apply in the morning and afternoon peak hours (8:00-9:30 am and 4:00-6:00 pm). There would also be a $3 “shoulder charge” half-hour either side of the peak times. Users are unlikely to have to install any e-tags, or deal with traffic delays because of toll booths, since license plate recognition technology is already being utilised in some cities for similar projects.

Some models suggest this strategy could take up to 5000 cars off Melbourne roads during peak times and reduce traffic entering the CBD by up to 40%. Morning peak average travel speeds could increase by 16% in the CBD and 20% on major roads leading into it.

Don’t we already pay enough to drive in Melbourne?

The most vocal arguments against this proposal are centred to the bottom dollar. Drivers already pay registration, fuel excise, tolls and also to use public transportation. This raises the concern that congestion charging will adversely affect the most vulnerable in our society. The average Melbourne household pays nearly $8000 per year to drive a car. Will congestion charging allow the rich to keep on driving without much notice, while the poor are priced off the road?

The Grattan Institute found that most of the traffic through the central city areas are unlikely to be adversely affected by increased prices. Many are either trucks, delivery vans or trades who can pass the cost onto their customers. Those few that are commuting into the city by car are unlikely to be the most financially vulnerable in our community. Besides, the median full-time worker commuting to the CBD earns around $650 per week more than those that work elsewhere.

Other arguments raise the fear that congestion pricing is another moneymaking scheme by the government. However, the proposal states the revenue generated from a congestion pricing scheme should be reinvested directly into further transport infrastructure and improvements.

Has congestion pricing worked anywhere in the world?

Congestion (cordon) pricing schemes in London, Stockholm and Singapore have brought in millions in revenues each year. Operating costs of these schemes total between 40-55% of their revenues, so substantial funds are still added to the transport infrastructure budgets with these schemes. Aside from the dollars, while their implementation was initially resisted by the community, they now recognise the schemes to have successfully lowered congestion.

Strategy: $21 AUD daily charge which allows users to re-enter as many times as they like

Strategy: Price varies with the time of day. Each time a user crosses the threshold they are charged – up to an upper limit.

Strategy: Charges differ between zones within the cordon area, varying with the time of day. Prices are revised every three months in order to maintain average speed targets.

What other options are there?

Other countries such as China, Greece and Brazil have implemented a less forgiving congestion control strategy. Road space rationing limits users with certain number plates accessing heavily congested areas on certain days. Friday may be a day that any number plate ending with a 1 or a 2 cannot enter the CBD.

This has been met with some success. Beijing, reduced traffic by a third and saw a 40% reduction in emissions. However, it’s less forgiving because it doesn’t allow users to make a decision based on price/impact. Wealthy households in some cities ended up buying more cars with differing number plates, while others had no options to commute due to other transport options not coping with the additional demand.

Melbourne is estimated to become Australia’s largest city by 2026. Unless we want to see Vienna drive away with Melbourne’s hard-earned most liveable city crown forever, progressive policy seems to be a fair option. 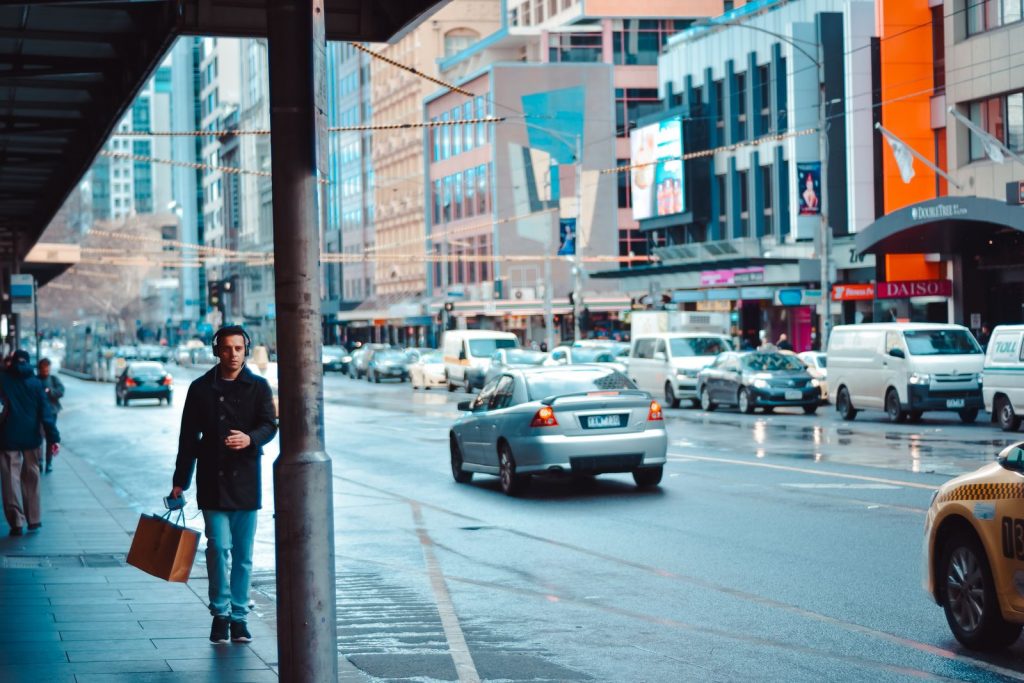 Photo by kevin laminto on Unsplash

Reducing traffic congestion for those willing to pay the fee will provide a more positive user experience. It’ll also allow the generated revenue to improve public transport and other initiatives that commuters are likely to turn to in the future.

Congestion (cordon) charging is unlikely to shake Australia’s dependence on automotive transport, but at least moves us in the right direction.

See more in our episode ‘Sustainability & Real Estate’ where we speak to three local experts and gain fresh insights into sustainability.