Life after lockdown, learnings for the new normal

It’s hard to believe that in the wake of the worst bushfire season in Australian history, 2020 will go down as the year that we stood still for something else.

In just a few months, Australians have completely redefined the way they live, adapting swiftly in the midst of contagion to affirm they are resilient and adaptable.

So will this change the way we live in and design cities? 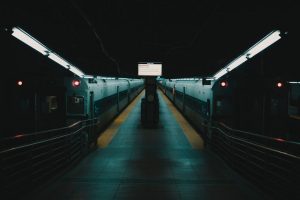 What good is public space, when everyone’s at home?

People quarantined in small apartments had a largely different experience than those with backyards. It increased interest in low density homes, creating a potential for further urban sprawl and a reversal of trends towards sustainable small footprint living.

At the same time, urban parks were loved by those in apartments looking to get a little more nature and sunlight than available to them in balconies. Urban design and town planning expert Tim Biles argues that communal spaces will become more popular after the crisis:

“Communal space, particularly in cities will be of continuing importance. My observation is people are still very much attracted to it, as it facilitates communication and interaction in a way that’s safe.”

However, cities around the world don’t really have much space left to create new parks and public spaces. But they do have a unique opportunity to retain the quieter, cleaner streets they find themselves in. Milan plans to convert 35 kilometres of its roads to create new bicycle lanes, wider footpaths and reduce speed limits. New York is going further with an aim to open 160km of streets to allow pedestrians more space. Its bike share program has seen a 67% rise in usage as people avoided crowded public transport.

Melbourne is also taking cue for a different, greener future. A plan to temporarily convert car parks to bicycle lanes was widely welcomed. If successful, it could lead to more permanent changes in the way our city is designed in the future.

The federal government held a press conference in April ‘20 announcing the need for infrastructure spending to revive our pandemic hit economy. Less than an hour later, talks of a high-speed rail along Australia’s east coast were back.

However, there’s never been a single business case supporting it. But the underlying objective of decentralising our major cities and densifying regional towns has always made sense.

There have been a lot of attempts at decentralising over the years. Typically, governments would pick up a few departments and send them off to Albury, Wodonga or Geelong. – Tim Biles

But Melburnians have now tasted working from home. Even professionals requiring collaborative face time can now imagine working remotely for a few days a week, as long as they can access the office on the other days.

Our regional towns are already equipped with NBN, have more affordable housing and of course no issues with congestion. And now it’s not a matter of getting workers in and out from Melbourne on a daily basis, but having a reasonable option to do it a few times a week.

There’s still a need for more hospitals and schools in these towns – the usual stuff that tends to be chicken and egg linked to population density – but the post pandemic infrastructure spending and remote working may be the shot in the arm our regional towns needed.

Will this behaviour alter the climate change debate?

COVID-19 news has now been in the public eye so long that even denialists are asking for a return to the climate change debate.

Lockdowns and halting of some heavy industries around the world resulted in one of the biggest decrease in CO2 emissions since modern records began. Bigger than WW2, bigger than the GFC. The estimate is equivalent to a 5.5% reduction of the global total emissions compared with 2019.

Although a welcome silver lining in the current crisis, distressingly, it still doesn’t meet the goal of keeping global temperatures within 1.5°C to limit the severe effects of climate change on the planet.

It may also only be temporary. An evaluation of over 30 years of data shows that in prior economic crises, there was usually a decline in climate change belief and action. To restart some economies on the back of unavoidable recessions, policy makers may choose to rely on the tried and tested mining and heavy industries, along with relaxing controls on waste and dirty energy. We also saw public transport in Victoria plummet by almost 90% and it’s likely to remain low with people taking cars to work instead.

However, Dr Georgia Warren-Myers of Melbourne University believes there are many learnings from COVID-19 on how we can adapt and act on climate change.

We’ve proven that we can create change in terms of making significant impact by changing our behaviour. –  Dr Georgia Warren-Myers, during the episode COVID-19 & Real Estate.

So as work and social needs are met digitally, we may in fact see longer term trends of less travel and hence lower emissions. We also saw trends towards reduced consumption, partly due to supermarket restrictions, but also due to ‘back to the basics’ behaviour. What’s left to do is maintain a momentum towards sustainability and fight the urge to pass on climate change as somebody else’s problem.

Cover photo by Edwinhooper on unsplashed