The modernist design movement was a complex reaction to a number of societal changes from the early 1900s through to the 1960s. In the early days, the style was heavily influenced by both the Bauhaus German art school and a number of architects working in Chicago, US, at the same time (the Chicago school). 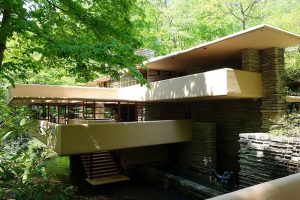 Modernist buildings are characterised by asymmetry, clean lines and the use of modern building materials. Steel, concrete, cladding and glass feature prominently in modernist structures. Innovative technology and modern methods of production are crucial to the creation of modernist building fabrics. Function is paramount, with form a secondary concern.

The buildings lack added ornamentation, obtaining beauty through simplicity and minimalism rather than embellishment. Each feature has a specific use, shaping the interior environment in order to provide a better living experience for occupants. Epitomised by Le Corbusier’s statement that “a house is a machine for living in”, architectural modernism focuses on utility. 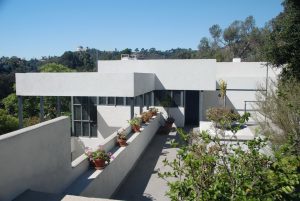 Learn about Modernism in Australia in this Q and A with Hannah Lewi.