Australians are no strangers to drought. We live on the driest inhabited continent on earth.

While the Millennium drought only just went out of the rearview mirror, the recent above-average hot and dry weather saw us plunging into one again, followed by the devastating bushfires across most of the country.

Despite some good rainfall since 2016, we’ve still had below average inflow into Melbourne’s storage areas in 18 out of the last 20 years. Melbourne’s largest reservoir, the Thomson dam, has not been full for 23 years and water inflows to dams are 36 percent below the long-term average.

With a changing climate and the fastest rising urban population in Australia, Melbourne must change its practises again to secure its water future.

Is there a way to reliably source water? What have our politicians dreamed up to tackle this issue, besides praying for rain? 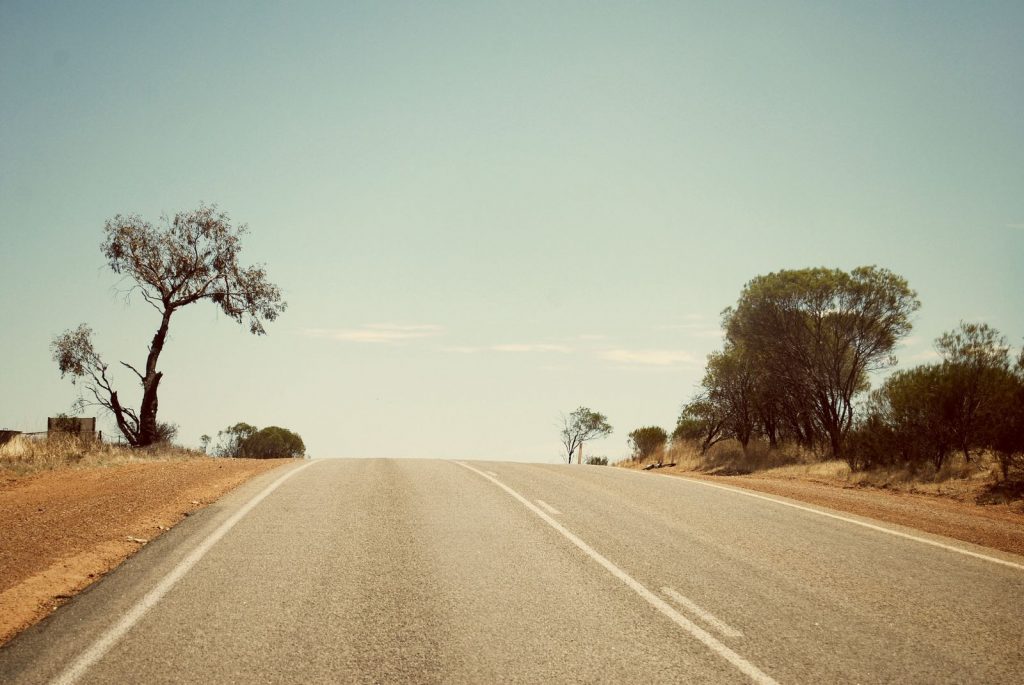 Australia is the driest inhabited continent on earth. Photo by Adrien Coquet on Unsplash.

How bad is it?

Regional towns such as Dubbo, Cobar, Nyngan and Narromine are facing complete water shortage. Some of these areas didn’t even have enough water to battle the recent bushfires. Even the mighty Murray River saw a drop from its 5000GL average inflow to 901 gigalitres in the last year.

Metropolitan Melbourne didn’t feel the recent drought’s bite quite as significantly as it did a decade ago, partly due to the government’s spending on new infrastructure (such as the desalination plant), but also due to a dramatic drop in per capita water consumption. This was instigated during the 2001-09 water restrictions and it evidently stayed in people’s minds, even though there are no restrictions anymore.

Despite this apparent change in behaviour, with such large population increases in absolute terms, we still use substantially more water than we have. Dr Anna Hurlimann, Associate Professor at the University of Melbourne, while speaking to us in Episode 2 on Sustainability & Real Estate, said she is quite concerned for the future of water in Melbourne.

“Melbourne’s growth rate is projected to really increase over the next few decades, so it’s not only about thinking about our existing system and the existing number of people and how water is going to change in terms of our supply, but also factoring in we’re going to have millions more people in the city and that’s a real challenge.”

Where does Melbourne’s water come from and how much do we have?

The water catchment areas use soil like a sponge to collect and move the water to low points, where it joins rivers and creeks and eventually flows into the storage reservoirs. After that, the water goes to the treatment plants and is pumped to smaller reservoirs around Melbourne, before making its way to our taps.

These reservoirs make up Melbourne’s 1,812 billion litre freshwater capacity. So as long as water levels in these reservoirs are healthy, we don’t really have anything to worry about, right?

That’s true, but things can change quickly. During the Millennium drought, water levels dropped to just 26%, (which is about equal to the amount of water used in Melbourne in 2018/19), which was a little close for comfort and proved major cities like Melbourne were not immune.

As a result, in 2009, Victoria announced the controversial Wonthaggi desalination project.

The plant came at a staggering capital cost of $3.5 billion and the ongoing running costs are over $1.73 million every single day. Completed in 2012, the plant’s capacity is around 150 gigalitres of water every year, which is a little over 34% of Melbourne’s annual usage.

In the 7 years after its completion, it only delivered 205 GL. That’s less than 50% of Melbourne’s water use of 450 GL per year. Naturally, this created a popular perception that the plant was a waste of money, but perhaps also created a false sense of security.

It’ll be interesting to see how it affects people’s behaviour over the next decade. Landscape Architect Luciana Acquisto, while speaking to us in Episode 2 on Sustainability & Real Estate, said she believes desalination plants will also lead to more water wastage.

“In Australia you have more of an innate safety in it, in the way of money to be able to build desalination plants, which soften the blow when when the water runs out – but it’s not a good way to practice and operate in general. Always having a backup sometimes makes people really calm”.

The Andrews Government just ordered another 125 gigalitres for 2020 from the desalination plant, citing “population growth, climate change and falling rainfall”, which barely made any news, so Ms Acquisto’s concerns might already be true.

Should we still have water restrictions?

The ‘Target 155’ campaign by Melbourne Water encourages Melburnians to voluntarily reduce water consumption from the current 162 litres per person per day to 155 litres. This is partly an effort to show people have control over Melbourne’s water usage, considering up to 30% of our residential water is used in the shower.

Experts however believe the issue is potentially driven by its price.

Water is too cheap. If it was more expensive and we saw it as something of incredible value, our attitude towards it would change. – Luciana Acquisto

Dr Hurlimann conducted interviews across Australia and found that people’s efforts to save water might be discouraged by the fact that it had no effect on their water bill. “A massive part of your bill is all these other levies that go towards parks and sewerage and other things, so while there’s some financial benefit, often it’s over weighed by all these other levies”.

What about recycled water?

Recycled water is not a new concept. Many countries have adopted limited water recycling and there is one in particular that stands out as a clear leader. It might be no surprise that it’s an arid country.

Israel recycles more of its water than any other country, nearly 90%. To put that impressive number into perspective, Spain recycles the second most, at 20%. This recycled water is mainly used for irrigation, and we challenge you to find an Australian farmer that wouldn’t gladly accept access to clean water for their farms.

Melbourne’s also making a lot of recycled water. Of the 461 GL of drinking water delivered to customers in 2018/19, 305GL was sent as sewerage to the Western and Eastern treatment plants. Here, the sewerage (which is now 98% water) is put through an intensive three-stage purification process to become ‘Class A’ recycled water. But here’s the catch. Out of the total 305GL of water thats been treated, 256GL is pumped tens of kilometres to be discharged into Port Phillip Bay.

So we make some of the world’s cleanest recycled water and dump it in the sea.

Wait, why do we dump all that clean water to sea?

There are two key reasons for this:

Our society has always been strongly against its implementation

The simple fact is that the general public sees it as unclean or unsafe. However, a study on recycled water in 2010 found that inhabitants were not likely to have an increased level of sickness due to their homes being supplied with recycled water.

In Singapore, recycled water is branded ‘NEWater’ and is marketed as high-grade reclaimed water, produced from treated used water, that is further purified using advanced membrane technologies and ultra-violet disinfection making it ultra-clean and safe to drink. They even have a visitor centre, where you take interactive tours to reduce the stigma surrounding recycled water.

Now before you say this will never work in Melbourne, a study performed on recycled water in Gold Coast found that using recycled water just for irrigation and toilet flushing alone could reduce overall demand by 32.2% or around 148 GL if you translate to Melbourne. 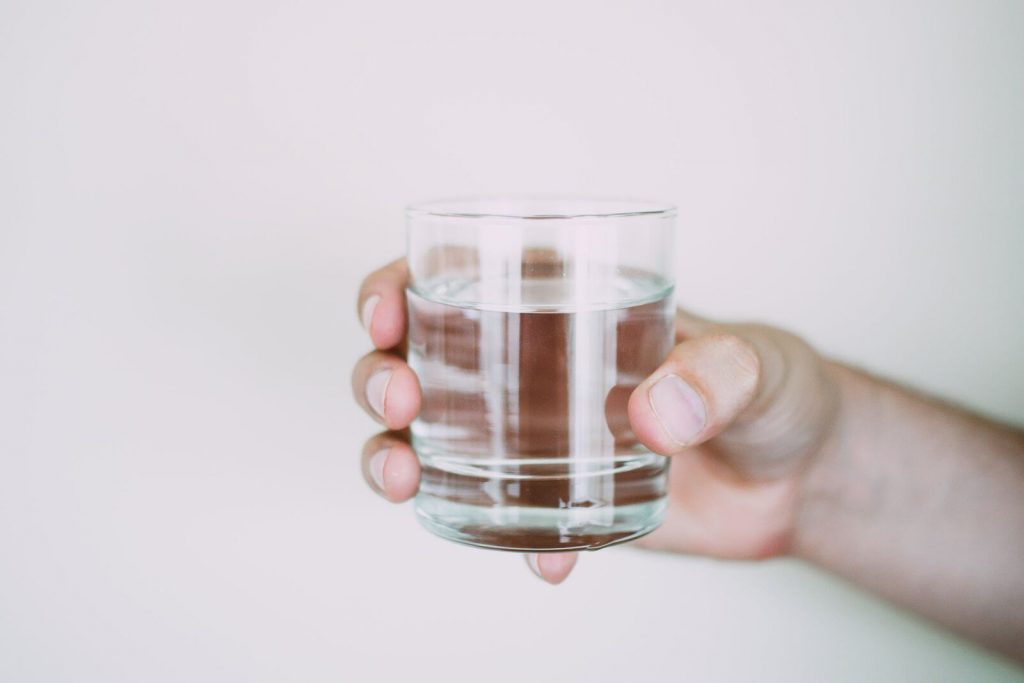 Will Australians ever embrace recycled water? Photo by Lisa Fotios from Pexels

True again, however even though it will not be cheap to add that amount of piping infrastructure to every home, we know we have just spent $3.5 billion on the desalination plant. The potential 148 GL we could use for toilet flushing and irrigation is also more than what the Andrews Government ordered from the desalination plant in 2020.

Also, Melbourne Water is a successful business in its own right, turning over a net profit of $201.0 million in 2018/19, meaning the prices we pay could already be going towards retrofitting our current water systems.

So what does the future hold?

Through lessons learnt the hard way, Melbourne may be heading in the right direction. Years of being told to conserve water might be rubbing off.

At the same time, we could be getting more complacent, knowing the desalination plant will be covering our shortfall.

A lot more needs to be done to change the perception of recycled water, but we united to down plastic bags and straws, so there is no reason to think this couldn’t change.

In the wake of population growth and climate change, keeping the demand for water from exceeding maintainable limits requires a more integrated and decentralised approach and as many options on the table as possible.

You may also enjoy Episode 2 of blueprint
‘Sustainability & Real Estate’ where we speak to three local experts and gain fresh insights into sustainability.