A brief history of Mid-Century Modern

It was 1950, it was post war. Melburnians enjoyed a sense of prosperity, they were having more kids (Okay Boomers) and they were looking to the suburbs. They needed homes.

Enter Mid-Century Modern. A style for the times. 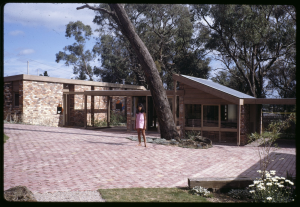 Mid-century modern was all the rage from our idols in America at the time, but it was more than a style, it was a new way of life, something modern. These houses were a symbol of a new world.

Good design had previously been for the rich, but a revolution began across all the social classes as everyone wanted to be a part of the new design frontier and its promises of a better lifestyle.

House plans and interiors were now being featured in magazines like Women’s Weekly and newspapers and initiatives such as The Age Small Homes Service provided everyday Melburnians with access to inexpensive modern house plans designed by our best contemporary architects. 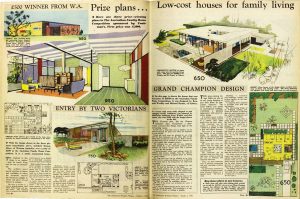 The demand for a new look combined with import tariffs led to a boom in Australian designed and manufactured furniture from names like Clement Meadmore and Grant Featherston. DIY culture was simultaneously emerging, with flat pack furniture offering the latest style at an affordable budget.

Good design was now accessible and affordable for Melburnians.

In a classic definition, mid-century denotes a style of architecture, furniture and graphic design characterised by a contemporary, seemingly futuristic aesthetic and an emphasis on function. Inspired by Californian homes, it was driven by a desire to connect the outdoors into residential housing. Which makes sense in sunny California. 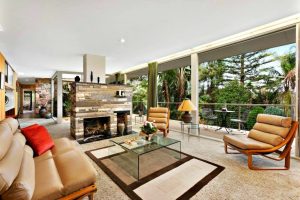 Mid-century homes can be spotted for their large windows and sliding doors, open-plan living and interconnected living spaces, along with sheltered courtyards and spacious gardens.

They normally have no superfluous ornament or decorative flourishes. They are chic, classic and simple.

When you see Melbourne homes with carports placed at the front of the house rather than garages, this is often mid-century, because it allowed for the garden views. Based on function, houses were placed on the block to gather northern light, and roofs were often flat or skillion, with large eaves. Inside, houses were full of colour and modern patterns. 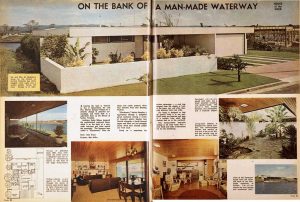 In Melbourne today, the lasting legacy of mid-century is clear to see throughout the suburbs. Melburnians have to some form, continued to embrace the connection to the outdoors and open plan living, spacious gardens and courtyards. Unfortunately though function over form was largely forgotten over the past 30 years with ornamental and enormous facades and emphasis on size over style.

However, it looks as though a revival is erupting. Why now though? Maybe because it’s uncomplicated, it’s family friendly, it focuses on orientation and making the most of daylight. It’s also more sustainable, simply through good design. Which is increasingly popular for some, and urgent for others.

Also, like how the industrial style of architecture has been embraced in the inner city to honour heritage and blend in to the community – mid-century style too is being built in the suburbs to reflect the neighbourhood and pay homage to a golden time for Melbourne.

Read more about this style in our article on the Small Homes Service.

What the Small Homes Service can teach us today

Can architecture play a part in improving mental health?