There’s no denying that we’re a sports-obsessed city, perhaps going as far as to say we’re the self-proclaimed sports capital of the world. Aussie Rules is ultimately woven into the very fabric of our society, and we’re a city still recovering from the heartbreaking reality and grappling loss of surrendering this year’s AFL Grand Final. On the upside, at least we got to keep our public holiday.

Cathy Freeman, Steve Moneghetti and the beloved Gary Abbletts. Pickings from an extensive list of grassroot athletes whose extraordinary sporting performances have received worldwide status and those whose successes make us proud to be Victorian.

We’re at a point in time however where we can no longer solely rely on our previous historic sporting success. As our city evolves, so must the sport in our communities and our prospective professional athletes.

But are our sporting facilities truly providing a level playing field?

The challenge with our current sporting infrastructure

Melburnians instinctively understand sports benefits, whether that be in regard to the health rewards of participating in grassroot sport or the state-wide pride attained from major sporting triumphs. What is less understood, is the role and place of sport infrastructure within our communities.

Low female participation rates in community sport and recreation club settings have recently acted as a catalyst for the Victorian government, announcing guidelines for female-friendly sport infrastructure to encourage women and girls to become more active and involved in sport. 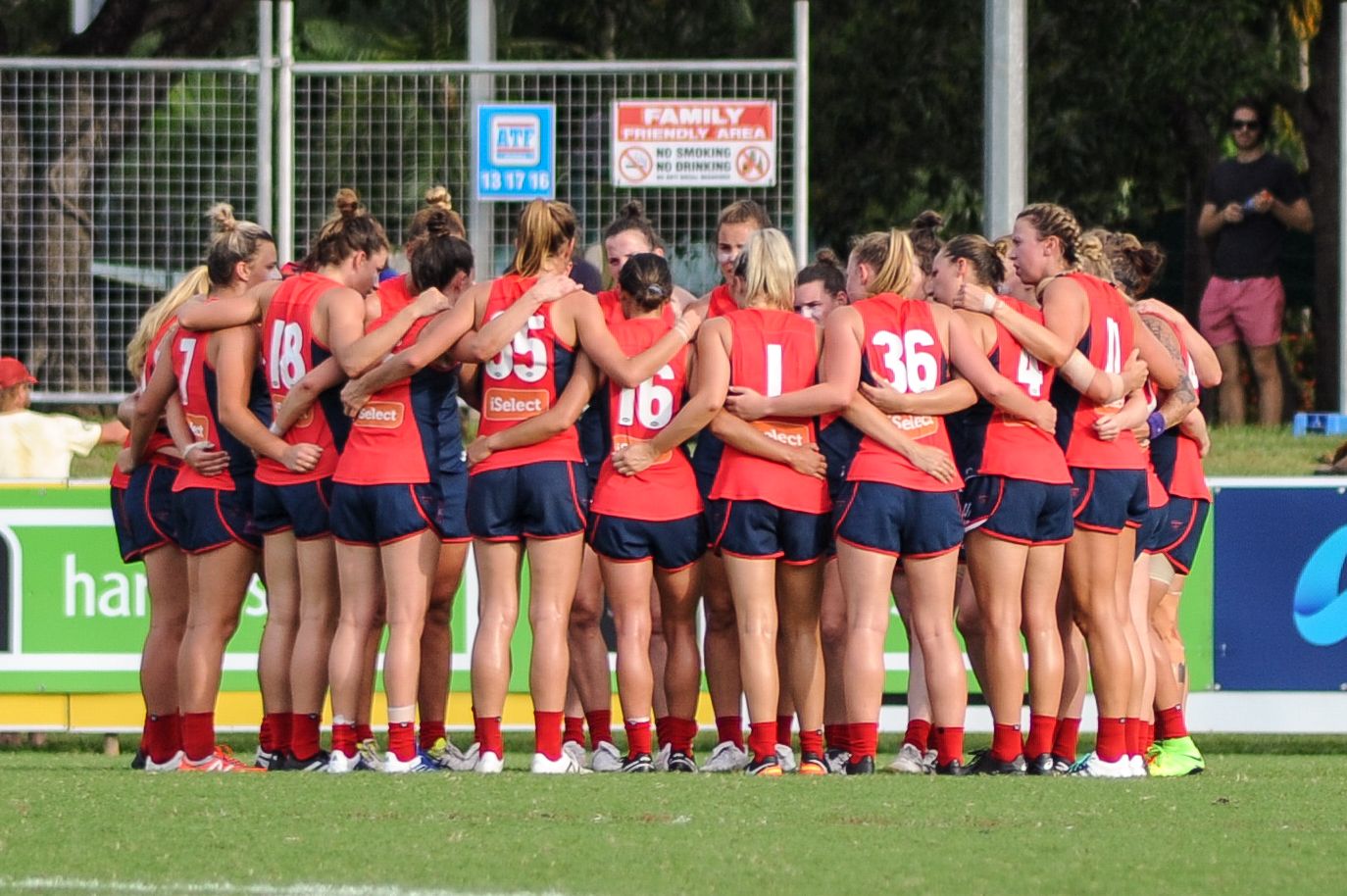 As noted by the International Working Group on Women and Sport, “Women’s participation in sport is influenced by the extent, variety and accessibility of facilities. The planning, design and management of these should appropriately and equitably meet the particular needs of the women in the community”.

Major policy and investment strategies focusing on increasing female participation in sport include VicHealth’s This Girl Can campaign and the Active Women and Girls program which furthers women’s sporting opportunities. The increased demand for community-level female sport has however increased demand pressures placed on the supply at the community-level in terms of facilities, infrastructure and volunteer workforce to deliver sport.

We’ve got a massive infrastructure issue across the region because clubs are just growing so fast and they don’t have facilities to have two or three teams … I think from a club and league perspective it’d definitely be fixturing and scheduling… but how does community look over the next five to ten years as we become stretched with facility access and that sort of thing.

Distance from sporting facilities also represents a major barrier to older adult’s sporting participation, particularly when mobility is an issue. An Australian study found that nearby sporting facilities alongside parks, swimming pools and footpaths, were enablers of physical activity amongst older people, with senior populations who live close to such facilities much more likely to play sport.

Research in Victoria revealed, for almost all ages, genders and locations, participation rates were highest in the most socio-economically advantaged areas and lowest in the most disadvantaged area. A trend consistent to patterns in other countries and one that raises the notion of unaffordable costs related to sport facility access.

Although better delivery of sporting infrastructure has been linked with increased sport participation, it is imperative to acknowledge that the type of infrastructure demands is different for males and females, and changes over the lifespan, with many adolescents choosing to engage in team sports or those of higher intensity, unlike seniors who favour health-orientated sports. 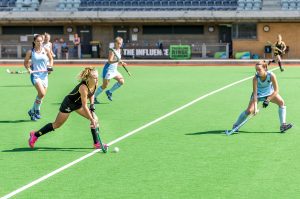 Can we repurpose the existing infrastructure?

The Victorian City of Great Geelong’s Infrastructure Development Guidelines encourage the design of sport, recreation and open spaces to facilitate shared use among community users.

Shared sport and recreation facilities not only reduce the cost and duplication of community facilities and services, but also foster social interaction, develop a sense of community and build social networks. 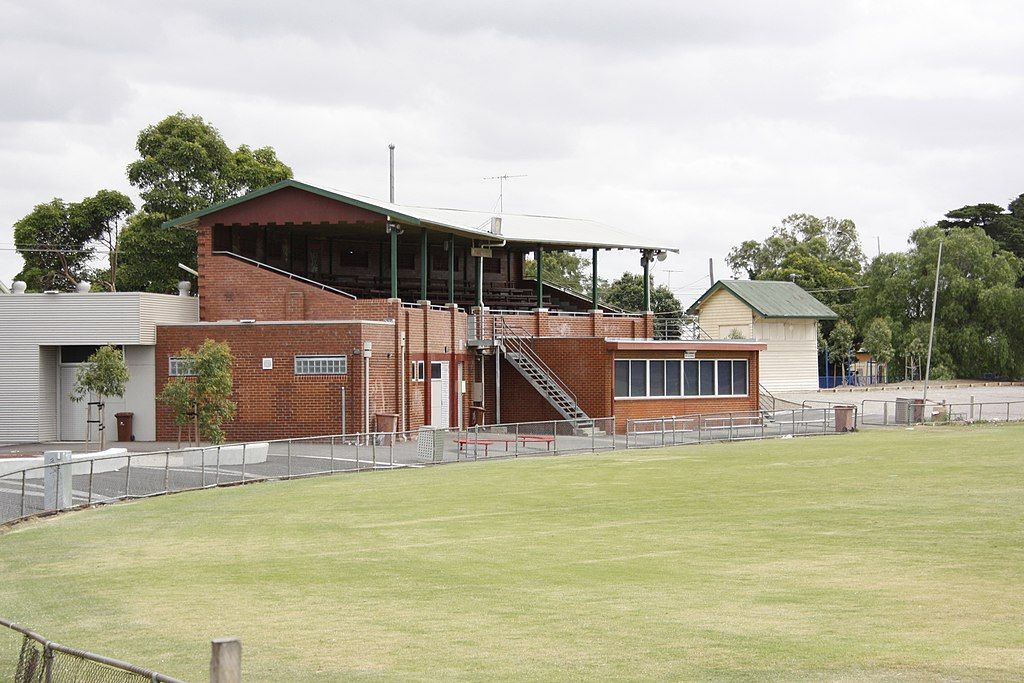 The Yarraville oval is a multi-use heritage oval in Melbourne’s suburbs.

The City of Boroondara, a Victorian local council, expressed discontent towards current community sporting facilities, inadequate to fit predicted population growth trends. The council intends to instead partner with local schools to utilise school sport courts and facilities to meet the high demand for indoor stadiums that have currently reached capacity at peak times in an attempt to satisfy community request and access needs.

Various Victorian sporting organisations also accentuated the need for better mixed-land use, after it was revealed that metropolitan-growth areas had significantly lower rates of participation than all other regions. The difference in participation across regions related mostly due to a lack of infrastructure and acts as a tell-tale warning for future problems likely to arise with population growth.

So what is the plan?

Unlike numerous older and outdated stadiums in other countries that face demolition struggling to keep up with the demand for state-of-the-art features, many old VFL stadiums and century old parks located in Melbourne’s inner-city suburbs have been repurposed to provide additional sporting infrastructure.

The introduction of the AFLW has provided an admirable reminder that suburban venues forsaken by AFL teams and rehabilitated to training facilities and community hubs can have enduring value, with old footy grounds including Collingwood’s Victoria Park, North Melbourne’s Arden St and Carlton’s Princes Park, proving the best fit for a league in its infancy. 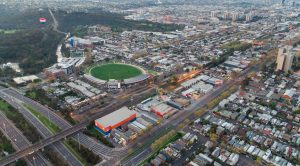 Victorian initiatives such as ‘Back in the Game’ and ‘Bowling for Babies,’ have also been met with enthusiasm, illustrating the recent increased focus towards the development and implementation of modified sport programs for Melburnians. Programs targeted at synthesising more flexible, social and less structured ways to play sport, provide more places to play sport and deliver more sport for all community individuals.

Such ‘quick fix’ solutions are likely to continue to be accepted but only temporarily. Hums from the underlying problem of poor sporting infrastructure planning will eventually become so loud that there will be no other alternative than for our government to address the issue. Until then, the implementation of creative sporting initiatives and expensive infrastructure upgrades will have to suffice.

If you enjoyed this article, you’d most definitely like this one.

Words by Georgia Wilson for blueprint.