Art deco is a style of architecture that emerged at the Exposition Internationale des Arts Decoratifs et Industriels Modernes, an international exhibition of design held in Paris in 1925. This landmark show gave Art Deco its name and marked the beginning of one of the first international styles. 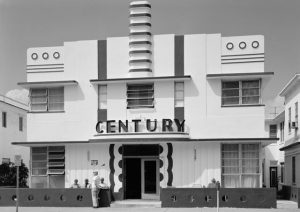 Indeed, Art Deco would go on to become hugely popular in America and Europe, influencing some of the world’s most iconic architecture including the Chrysler Building, New York’s Rockefeller Center and the Empire State Building. In a post-war world, Art Deco symbolised not just hope and optimism but also affluence and grandeur.

At its core, the Art Deco movement was about modernity, creating a new ideal of wealth, luxury and opulence that was in many ways anti-traditional. Key characteristics were often inspired by contemporary styles such as Cubism and Art Nouveau as well as the new machinery of the time.

This means increasingly common features such as simplicity, repetition and symmetry form a big part of the style. 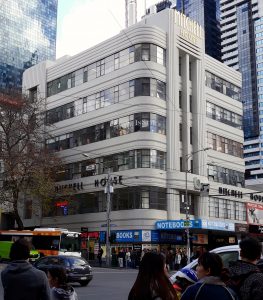 Art Deco architecture tends to have an elegant, sleek and linear look composed of simple shapes and adorned with geometric patterns. Decorative panels can often be seen around windows and entrances along with various stylised motifs.

Few Art Deco architects made as big as an impression as Raymon Hood. Working in Manhattan, Hood helped design iconic builds such as the American Radiator Building and the Rockefeller Center. He would give rise to many proposals that would modernise New York City and influence their architecture for years to come. 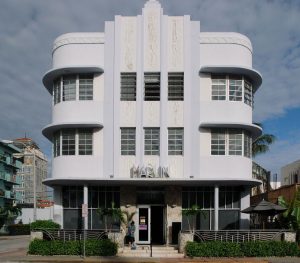 There are many great examples of Art Deco in Melbourne, including the Astor Theatre, the The Manchester Unity Building and this famous McDonalds.