The gist: Placemaking as a concept has been around for a while, mostly thrown into proposals for public spaces as a ‘buzzword’. However, it’s successful if it carries a strong narrative based around the community. Examples can now be found in many contexts, including residential, commercial and retail developments.

‘Placemaking’ is a buzzword that’s being thrown around a lot recently. However, it’s a craft we often take for granted.

Typically, places we enjoy being in have something that appeals to our subconscious. This is usually an indication that a lot of thought and planning went into its creation. A well thought out place has the ability to bring people together and strengthen community, but what does it take to make a successful place?

The legends of placemaking

Placemaking as a practice was defined in the 1960’s by Jane Jacobs & William H Whyte. They are deemed as the godparents of what we recognise today as placemaking, as they helped define the principals through their research based on human behaviour within urban environments.

Today, the word comes up most frequently during proposals for new public spaces. The most common references are the great piazzas in Italy brimming with life all day long, and cities such as Vienna that intuitively draw you to its heart.

Italy’s piazzas offer more than a place to have a coffee or peruse the shops. They’re spaces for public events, meeting points and act as centres of great cities. Vienna is great example of how urban planning with a focus of placemaking has defined a whole city. Anyone who’s been there would recall being intuitively drawn towards the heart of the city, as if the streets were designed to lead you to the landmark monuments such as the Romanesque-Gothic St Stephen’s Cathedral. And guess what? That is the exact intention!

Local placemaking leader Gilbert Rochecouste, founder of Village Well, helped re-brand our city by working with the City of Melbourne to bring vibrancy to the CBD and surrounding areas. His work is well integrated within the fabric of Melbourne today, including the globally renowned graffiti laneways and QV night market.

Placemaking is not just a western idea either. In most Chinese cities, public squares and parks have been used as a place to gather for activities from exercise to boardgames. Others such as Taipei, Seoul and even Tokyo are revisiting historical urban design practices and creating new pop up landscaped areas inside their urban concrete jungles. 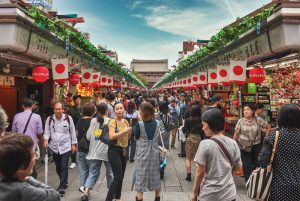 More than a buzzword

At its very foundation, placemaking is human centred. It offers an identity, function and sense of empowerment back to its community.

A place should feel like a welcoming friend rather than a person with a big ego. And to understand this friend, its worth understanding the ecological frameworks:

Environmental: The air we breath, ground we walk on and influence of built structures around us. The environmental framework refers to the immersive environment we position ourselves in. This includes naturally occurring eco systems as well as building, planning and infrastructure that affect place.

Historical: What had previously occurred on the land of the place? Past events, built structures or stories associated to a place which helps to form its ongoing narrative.

Social: Who are the people using the place and what do they need? The Social framework focuses on understanding demographics and human behaviour within a place.

Cultural: What keeps people engaged with place? Entertainment, food and recreation supporting lifestyle. The cultural framework is fundamental in attracting people and allowing them to enjoy offered experience.

Political: Who are the bodies driving policy and funding? Governments form policies that influence the political framework. This spans from national to local governments. Gaps in policy or government support can discourage success of a place or community.

Economic: Employment, growth and stability. A place has the ability to influence someone’s economic security. Does this place offer enough economic infrastructure to allow people to live comfortably?

Accessibility: How can we design places for people with all abilities? Universal design prevents indirect discrimination and welcomes everyone to use the place equally.

Now let’s take a deeper look at these principles in action in a residential, commercial and retail context.

As building continues in our urban environments, many developers are cautious about striking a balance between monetising every inch and giving space back to the community.

The Pentridge Prison redevelopment in Coburg has had its fair share of troubles. From numerous false starts to many lost opportunities, the development has recently been revitalised through a masterplanning strategy for the historical 6.8 hectare site.

Despite its previous failures and renewed promises, the resident groups have already made the most of the sprawling piazza at the centre of the development by creating a platform for outdoor cinema, markets, children’s play areas and even community gardens. The place is now constantly a buzz with children’s laughter, couples picnicking and people perusing the shopping mall. 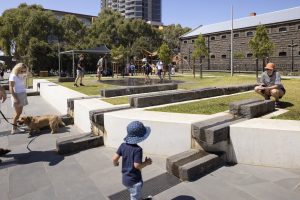 This sympathetic placemaking strategy born out of its ecological frameworks gives the community a sense of pride in the area’s history, while also providing amenity and adding future value to the surrounding area.

The Piazza supports the redevelopment plan of a renewed lease of life for the heritage listed building and grounds by incorporating the use of rescued materials from the original site ensuring the prolific stories hosted by the space are not lost or forgotten. – ASPECT Studios

Commercial: The all-in-one Grounds of Alexandria

If I was to ask what is one of Australia’s ‘most Instagrammable places?’, Grounds of Alexandria in Sydney would be almost always mentioned.

Although placemaking isn’t about striving to make a place Instagrammable, it is often a good measure of its success. There are many places and businesses which ignore the ecology frameworks of place and focus on Instagrammable trends. Unfortunately, these places often have an expiry date. But not for well considered ones that create their own culture and identity, like Grounds of Alexandria.

The all-in-one cafe, restaurant, bar, market, event space and farm was able to take an industrial factory site in the Sydney suburb of Alexandria and transform it into a place which welcomes people in. The buildings have been repurposed instead of being demolished and have seen great success.

It has inspired and transformed the historically industrial suburb into an adaptive area fostering other, smaller scale businesses. In many ways, a catalyst that helped re-brand the whole suburb. 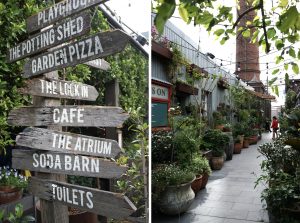 During the early 1970s, Coop’s Shot Tower was heritage listed and recognised as “a unique and peculiar landmark”. The City Loop Authority had proposed to build the iconic train loop under the CBD with one of its major stations at the base of the Coop’s Shot Tower.

In 1983, Japanese firm Kumagai Gumi purchased the site and constructed what we now know as Melbourne Central. Designed by architect Kisho Kurokawa, with the challenge of preserving the Shot Tower as well as creating a thriving retail precinct. Kurokawa’s design contrasts old and new by encasing the shot tower in a 20-storey glass cone. 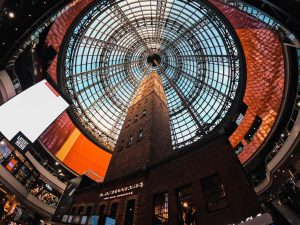 Today, Melbourne Central is more than a retail mall. People stand at the base of the glass-cone atrium to meet friends. It functions as a transit hub for people all over Melbourne.

The retail area has recently been revitalised by Kennedy Nolan Architects with great success in the activation of the bridge over Lonsdale St, linking Melbourne Central with the adjacent Emporium shopping centre. What was an empty foot bridge is now a flourishing space for people.

What the future holds for our cities

The Economist Intelligence Unit (EIU) – remember their liveability rankings which put Melbourne on the top for several years? – measures things such as stability, culture, environment, healthcare, education and infrastructure across numerous cities. Placemaking plays a key role across all these, as a city’s best measure of success is reflected in the health and wellbeing of the its people.

With the impacts of COVID-19 lockdowns, it is easy to see why planning policies and initiatives such as the Green Wedge Management Plan is important. For 114 days, Melburninans were only allowed to leave their home for four reasons. One of these reasons was exercise outdoors.

It’s already a planning requirement for councils to provide parklets and green spaces for the community. But how can this be done in high density cities such as New York? Placemaking principles saw the repurposing of a disused elevated rail trail on the west side of Manhattan into a “living system”. The High Line now operates as a public park with planting, seating and a running trail. 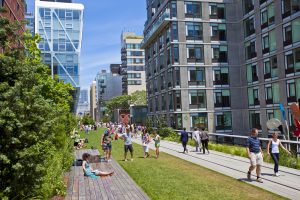 Fun fact: The last train to run on the High Line was back in 1980. Photo by Stuart Monk.

As we continue to build denser urban environments, we’ll be hearing more about the benefits of placemaking. Principles such as community engagement, observing current use of the area, providing a mixture of zones and ultimately creating a place to be for the people – not just a good design on paper – will hopefully be the norm rather than exception.

Read more about how place can influence how active you are.

Words by Krisi Patras for blueprint.