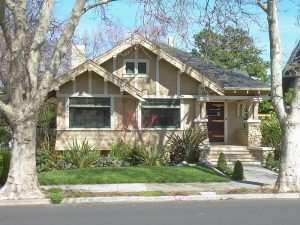 The California bungalow is often located on reasonably-sized land, leaving room for a spacious backyard. Designed for casual living, the Californian bungalow tends to have an open layout. The exterior is generally built with red-coloured bricks, and, sometimes, using weatherboard or timber. It can also feature roughcast and rendered finishes. 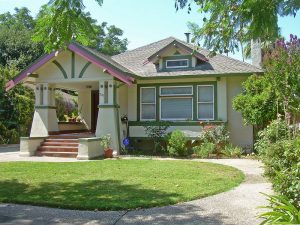 Although San Francisco architect Page Brown was the designer of the Californian bungalow style, other notable names include the Greene brothers, Charles Sumner Greene, and Henry Mather Greene, who designed The Gamble House in Australia. Another incredible example is Alexander Stewart Jolly’s Belvedere in the Sydney suburb of Cremorne. 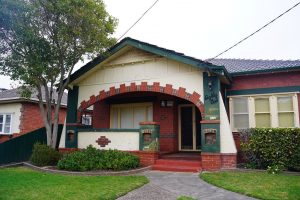 This California Bungalow is located on Wheatley Road, McKinnon, Melbourne. Photo by Alpha.