Changes in architectural form occurred throughout the reign of Queen Victoria, with many of the defining Victorian architectural features coming into prominence during the later decades of the 19th Century. Victorian architecture consisted of a range of “revival” styles: a pastiche of older styles, transformed through the use of modern techniques and materials to create structures which were unique to the era. 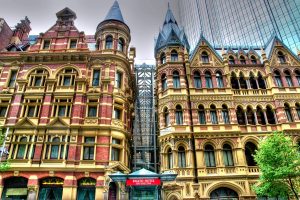 The Rialto on Collins Street, Melbourne. Photo by Getty Images.

Although Victorian architecture originated in the UK (during the reign of Queen Victoria (1819-1901), the design influence spread globally, and can be seen in America, Australia, Europe and the Far East. Well-known examples of Victorian Architecture are the Palace of Westminster, London, UK; Osborne House, Isle of Wight, UK; and the Royal Albert Hall, London, UK. 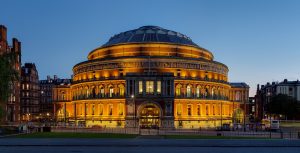 Victorian architects had access to a wider range of materials than ever before, due to the UK’s extensive trading links across the globe, as well as domestic infrastructure which allowed easy transport of construction supplies. Bricks and decorated tiles were popular choices, as factories were able to produce large volumes cost-effectively. 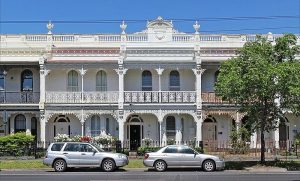